In 1995 I received an invitation to the International Woodcarving Symposium in Nagyatád, Hungary. I arrived with a concrete design and a working plan for my woodcarving project. The symposium and the sculpture park are only 15 miles from the Hungarian-Croatian border where there was a terrible war raging in the former Yugoslavia at the time.

We heard and saw the NATO airplanes flying overhead night and day. In one section of Nagyatád, close to the symposium where I was working, a refugee camp was built for the thousands of war victims.

I witnessed many of these country-less, homeless men enter the camp every day. This shocking and horrific experience, one which I had never come so close to, caused me to change my original plan for the woodcarving project.

I then started the first piece of a new series of sculptures, the Fugitive Shadow Series, a symbolic shelter for fugitive men.

All from Fugitive Shadow series 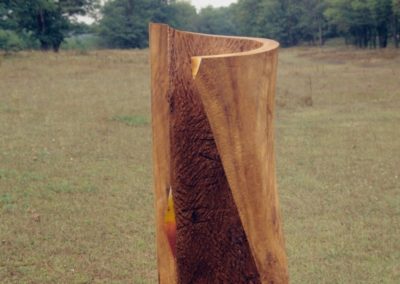 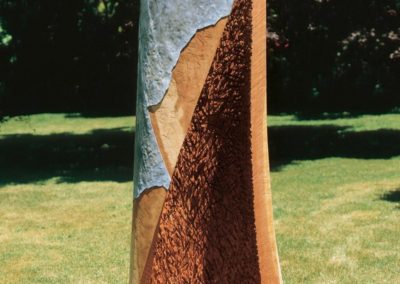 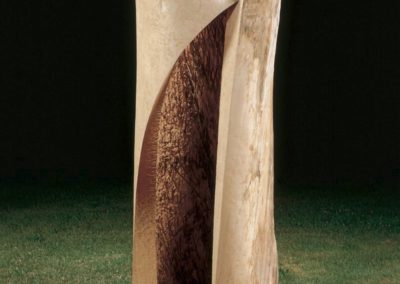 Joseph Petrovics was born in Jaszfenyszaru, Hungary. He was artistically inspired from a young age by nature and its materials, spending his youth playing in the woods and interacting with the natural clay of the riverbanks.